House prices fell at the fastest monthly rate in almost five years during March, according to Nationwide building society.

The average cost of a home was £207,308, which is 0.3% lower than the previous month after taking account of seasonal effects. The last time prices fell at this rate was September 2012. The annual rate of change, regarded as a less volatile measure, was a 3.5% rise. However, this was the lowest 12-month growth since August 2015. 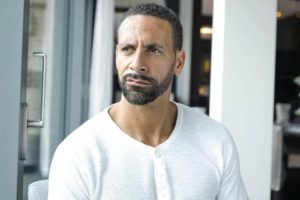 “There is no timescale on anything to do with bereavement”
Ex-footballer Rio Ferdinand, whose wife, Rebecca, died in 2015, on the cut to bereavement payments for parents

Boom in Help to Buy Isas
More than 868,000 people have opened Help to Buy Isas since launch in 2015. The Isa gives a government top-up equivalent to 25% of the amount you save.

Self-funders pay more for care
Care home residents who pay for their own care are charged 43% more on average than those who are funded by a local authority, according to a report by MPs. Members of the Commons communities and local government committee called for an urgent review of how social care is funded. “We do not believe it is acceptable for self-funders to pay higher costs for the same care in order to subsidise the costs of local authority-funded clients,” the report said.

3.5m savers on the move
More than 3.5m people have switched their current accounts to a different bank or building society since 2013, the Current Account Switch Service revealed last week. Switching means you can move to a rival provider in a “simple and stress-free” process, which must be completed within seven working days. On average, you can save £116 a year by moving your current account. Yet many remain with the same bank for their entire lives, however badly they are treated.

Article 50 fails to trigger investor exit
The FTSE 100 slid 14 points to end the week at 7,323, as the triggering of article 50, which will lead to Britain leaving the EU, received a muted response from investors